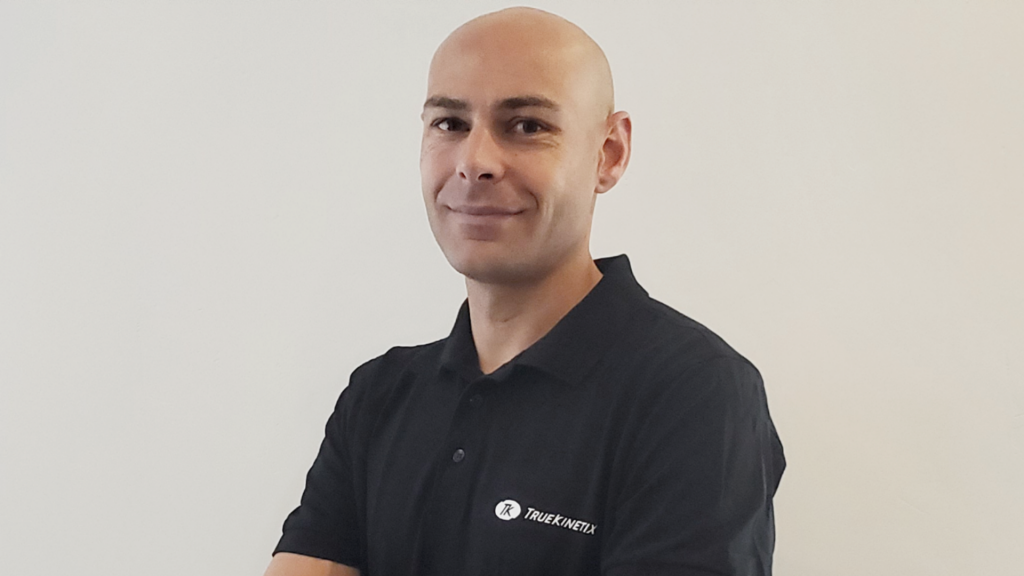 Matt Russell trains indoors as much as possible: “I do this because I have a family, but also for safety.” For Matt, the safety aspect doesn’t come out of the blue – he narrowly survived a cycling accident in 2017.

Matt Russell was hit by a car during the Ironman World Championship in 2017. He chose to fight and come back and he succeeded. Exactly one year later, he finished in sixth place at the same World Championship. 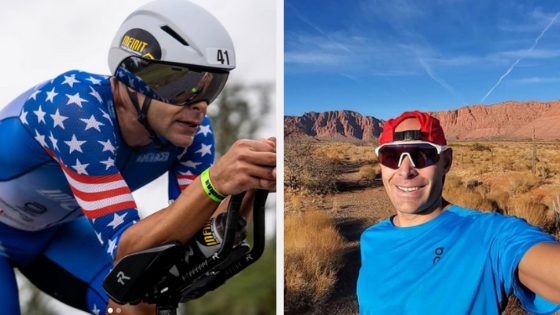 “To win an Ironman, my bike performance must be at the top level. To achieve this, I choose the TrueBike. When I tried the TrueBike for the first time, I knew I wanted to train on it more often. When a bike feels good, then you want to spend more time on it. The more you ride, the better you get.”

“On an indoor training bike with a flywheel, I felt too little resistance and therefore I didn’t enjoy the training sessions. The TrueBike is really something else: it creates the right resistance. In addition, it’s nice that it’s a complete indoor training bike, so I don’t have to constantly put my road bike in a trainer.”

This website uses cookies to improve your experience while you navigate through the website. Out of these, the cookies that are categorized as necessary are stored on your browser as they are essential for the working of basic functionalities of the website. We also use third-party cookies that help us analyze and understand how you use this website. These cookies will be stored in your browser only with your consent. You also have the option to opt-out of these cookies. But opting out of some of these cookies may affect your browsing experience.
Necessary Always Enabled
Necessary cookies are absolutely essential for the website to function properly. These cookies ensure basic functionalities and security features of the website, anonymously.
Functional
Functional cookies help to perform certain functionalities like sharing the content of the website on social media platforms, collect feedbacks, and other third-party features.
Performance
Performance cookies are used to understand and analyze the key performance indexes of the website which helps in delivering a better user experience for the visitors.
Analytics
Analytical cookies are used to understand how visitors interact with the website. These cookies help provide information on metrics the number of visitors, bounce rate, traffic source, etc.
Advertisement
Advertisement cookies are used to provide visitors with relevant ads and marketing campaigns. These cookies track visitors across websites and collect information to provide customized ads.
Others
Other uncategorized cookies are those that are being analyzed and have not been classified into a category as yet.
SAVE & ACCEPT
×
Go to Top